Glad to know every one is ok! Take a look at the nasty wreck that knocked Cornbread out of competition against Kye Kelley.

“A terrible sight seeing one of our good friends in the no prep grudge racing world flip his Nitrous Camaro multiple times totaling the car at the Redemption 4.0 No Prep race at Kennedale TX Texas Raceway this weekend. As you can see he gave Kye a run for his money until about 300 feet out where he lost traction. His strong chance to win against the Big Block Nitrous SHOCKER Camaro from Mississippi got the best of him and he got back in it, losing traction much worse the second time sending him towards the wall. When he corrected to keep it out of the wall it sent the car into a slide catching the tire just wrong, and his car flipped multiple times.

We’re glad to report that Spencer is perfectly fine and was instantly out of the car walking around with no injuries. We hope to see him out again soon. He told us that he had recently picked up a new car to build, we hope we’ll see him very soon racing again!” 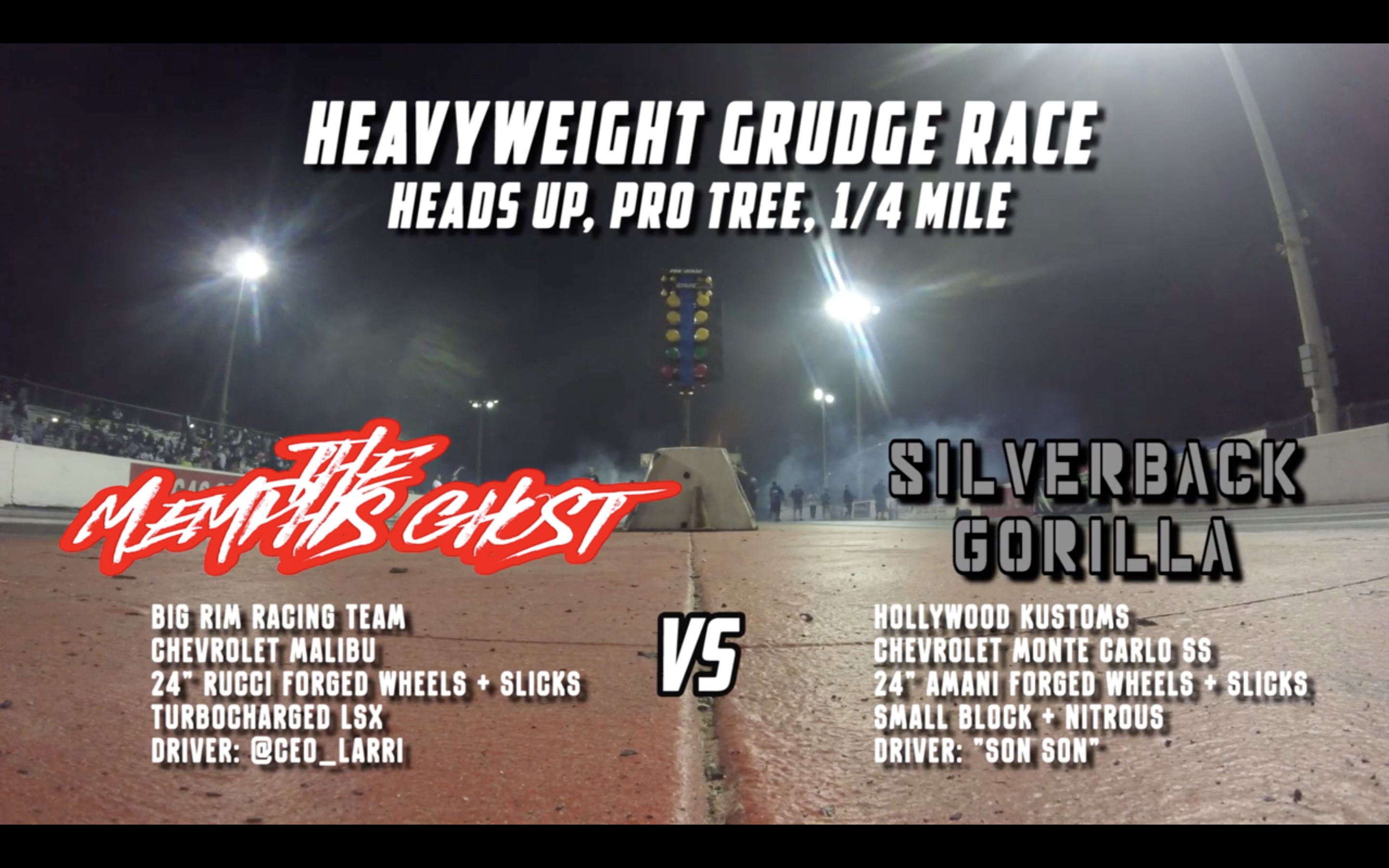 Ok folks we’ve got some big money, big rim grudge racing live from Palm Beach International Raceway! Will it be the “Silverback Gorilla” with its nitrous small block or “The Memphis Ghost” with its turbo LSx?

“Silverback Gorilla vs Memphis Ghost went down at Palm Beach International Raceway in Jupiter, Florida. These are two of the fastest Gbodys on big rims so this was one of the most anticipated races of the night.” 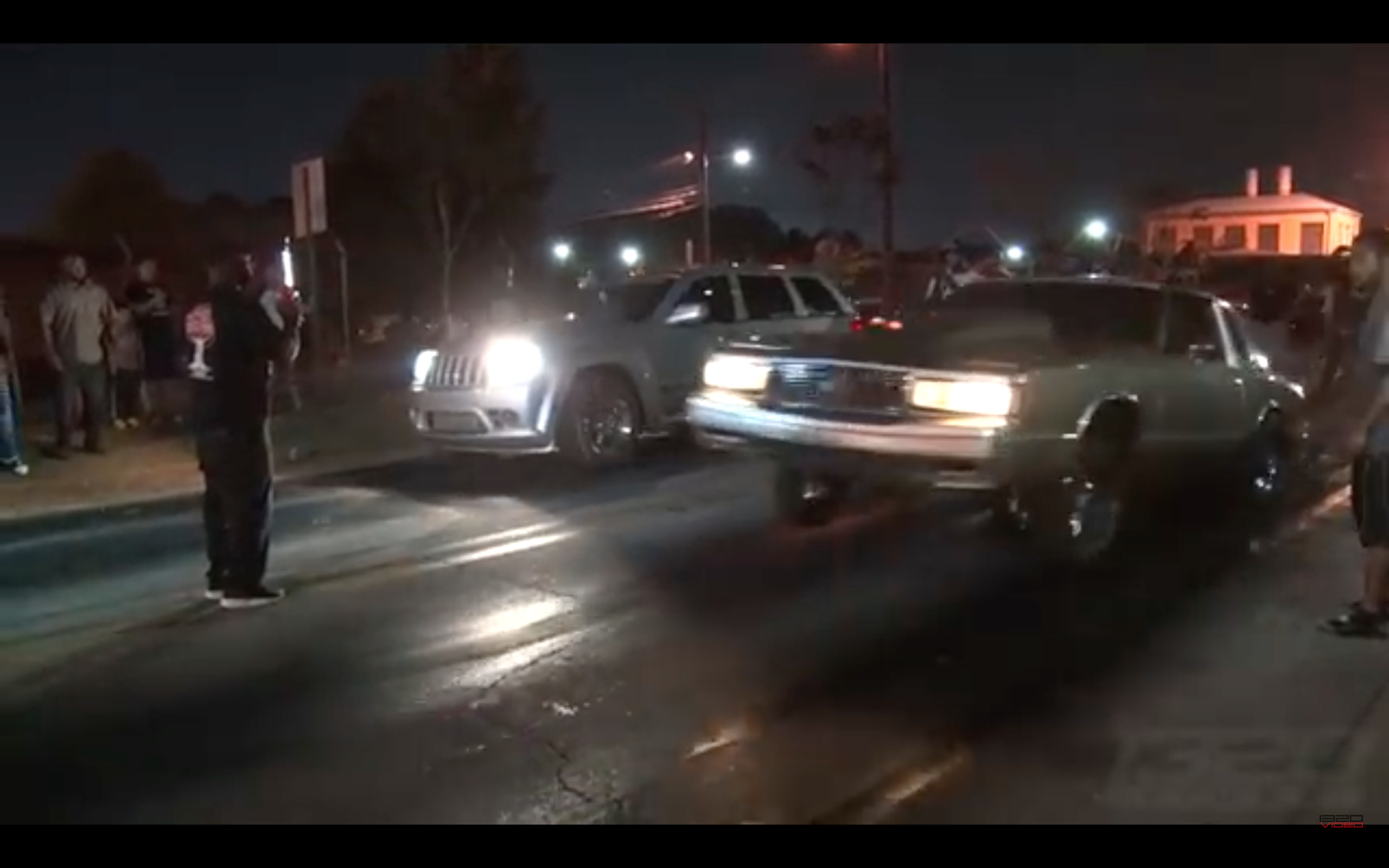 Now that is just an old-fashioned AZZ-WHOOPIN!
“This race was CRAZY! $10,000 on the line, and what a badass match up! A twin-turbo SRT8 Jeep vs a nitrous Monte Carlo on one STICKY freaking road. Sticky enough for a wheelie! We know we’ll be back for more Atlanta madness in the near future – what a night! “
PICS: