“Thanks to Cunningham Motorsports for allowing me to post this Amazing Footage on our Channel.

Link to there Channel is here https://www.youtube.com/channel/UCphx…” 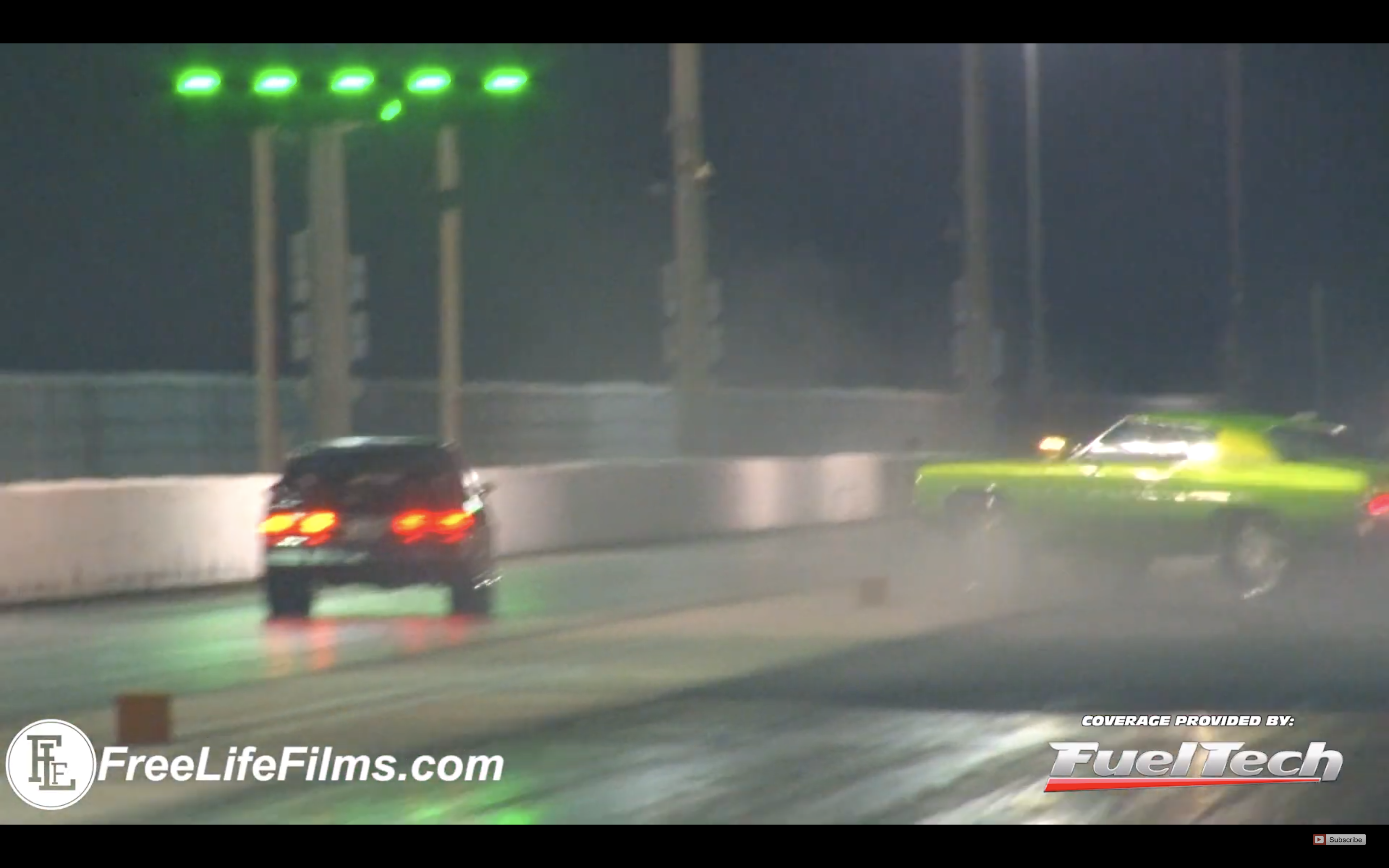 Well I can tell you one thing for sure…that interior isn’t white any longer! I must say that was a save of all saves! Driver Mod engaged!

“Big Low went for a WILD Ride when his lower radiator hose popped off half track against Turbo Joe. Luckily they didnt hit each other and he somehow kept it off the wall!”

“While a lot of the car’s cosmetics are still stock… the power plant definitely IS NOT! As if its not impressive enough to build TWO of the worlds fastest street cars, Larry Larson has added this BEAST to his build history and cars to complete the Drag Week torture test!

After purchasing this beautiful ZL-1 brand new off the lot, Tom McGilton, the owner of this crazy Camaro called up Larry and asked for some BIG upgrades. Upgrades including and a brand new 540ci BIG BLOCK, boosted by TWO 88mm turbos. Somehow, Larry managed to keep a sleeper look to it. While the giant 33” tires or parachute could be a dead giveaway..the last thing we would have expected to see under the hood was a twin-turbo big block!

WHY NOT??? If you notice the plate on this monster, the owner was repeatedly asked “why would you do something like this to a brand new car that’s already fast?” so many times that he made it even easier to answer!”