“LSX Turbo Impala takes on a Nitrous Camaro heads up in Mexico for $1400!
Subscribe Now For The Rematch… you won’t want to miss it.”

Experience is very important when it comes to drag racing in terms of getting a car to ‘hook n book’ down the track.

“C7 Z06 gets the Driver Mod. On September 26, 2015, we posted a video of a C7 Z06 that lost to a GT-R in a drag race because the Z06 driver had difficulty getting the car to hook. We figured there would be a backlash of criticism because everyone thinks they are skilled drag racers. In any event, we put a disclaimer in the original video stating we can’t be responsible for the times of the cars if we are not driving. That said, the Z06 owner contacted us and was cool enough to throw us the keys and let us drive. The car is a 2015 Z06 with pulley and tune. The Z06 has stock Michelin Pilot Super Sports and the track was a little slippery. Due to poor track conditions (Test & Tune night with everyone dragging water to the line), our driver came out of the hole soft without loading the converter to avoid a smoke show. With drag radials and a better DA, this particular Z06 should run 10.20’s. Hope you enjoy the before and after.

FYI – The C7 Corvette Z06 is powered by a 6.2 liter Supercharged V8 that makes 650 horsepower when stock and is shifted by an 8 speed automatic transmission. Enjoy !!” 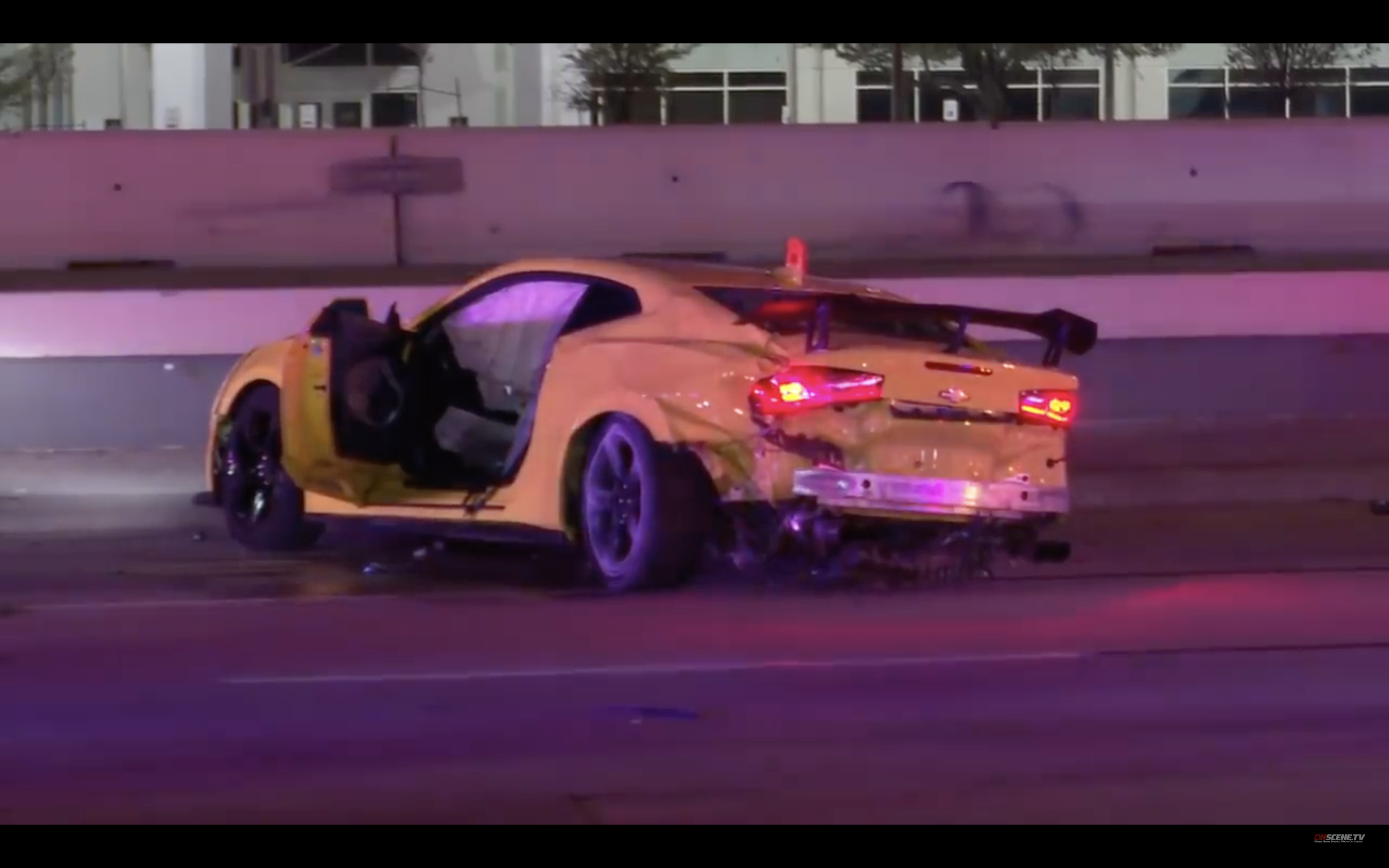 3 people dead and a young life destined for a prison cell on manslaughter charges…We have to do better people! This bright yellow Camaro was doing a “fly by” after a Houston car meet and got a whole lot more attention than he bargained for when he slammed into innocent bystanders.

“02.21.2021 | 9:40 PM | HOUSTON – Cy Fair FD and HCSO responded to reports of a major crash involving pedestrians on the 290 Outbound near Little York in the City of Houston. Arriving units located a 2 vehicle high speed crash involving three pedestrians. One pedestrian was announced deceased at the scene. Two other pedestrians, believed to be teens, were flown via lifeflight in critical condition. According to Cy Fair Fire Department, a total of 9 people were assessed by EMS, with 1 by ground, 2 by air, and one deceased at the scene and 5 declining transport. The male driver of the camaro was taken into custody and the DA’s office has already accepted one count of vehicular manslaughter against him, with 2 more possible pending the status of the 2 critical patients. Witnesses describe the driver at speeds near 140mph at the time of the crash. An event was being held in the parking lot of K1 speed, and hundreds of people were present, some lining the feeder road watching people do burnouts and race by. The driver allegedly claimed he was coming back to do a “fly by” minutes before the crash occurred. ”