Twin Turbo LS Chevy Nova – Is this the quickest pass we’ve seen from a 5.3 LS car?

“Nathan…
I’ve owned this 1971 Nova since I was 14 and I’m 38 now. It was a $400 gravel road IA beater with a 350 4 speed. It’s been the car I have learned pretty much everything I know about cars with. When the LS craze first started around 2002, I bought a core 6.0 from the dealership I was working at and eventually in 2010, (after replacing every piece of sheet metal except the roof on it) I got it running and driving with a single turbo LS setup. This was shortly after I quit my job and opened One Guy’s Garage, LLC. Since then, it’s been a rolling test bed for different turbo and engine combos with a strong focus on something the “regular guy” can afford. Until 2016 it was a dual purpose car that also did auto-X and I swapped back and forth between a 17″ and 15″ wheel and tire setup. It’s had a single 69mm 6.0 in the 10’s, a single 76 alum 5.3 in the 9’s, a single 88 iron 5.3 in the low 9’s, a twin 66 alum 5.3 in the 8’s and now a twin 72 alum 5.3 in the 7’s.
The one thing I plan to never take away from the car is the ability to drive it on long road trips and also give the girls a ride once in the while. Our Drag Weekend event is 700-850 miles in 3 days where we drive the race cards over a three day period, go through three different states and race at three different tracks.
The current combo is a 2008 Gen 4 aluminum block with a stock LS2 crankshaft, Callie’s Compstar H beam rods, Wiseco pistons, ARP main studs, and ARP 625 head studs. Top end consists of TFS 220 as cast heads, LilJohn Stage 2 TT cam, Precision Metalcraft sheet metal intake (that was destined for a dumpster). Turbos are Turbonetics TC7268’s ($700 ea) and usually 30-32lbs of boost for low 8 passes. The 7.90 run was 36lbs of boost and just a tick more than my fuel pump could handle and caused some head gasket damage.
It weighs 3200lbs with me in it. A few more details… Rear suspension is leaf spring with Caltracs, 28×10.5 Pro Bracket Radial MT, Viking DA shocks all around, Smith Racecraft front clip, 4L80E overdrive trans with a PTC 9.5 converter and the key to making it live, an Extreme Automatics valve body with Griner brake. I’ve been fortunate enough to get some parts donated to the car from vendors wanting me to test out their stuff. The Griner brake was one item I’ve tested for them this year. Last year, I proved that The Driveshaft Shops carbon driveshaft will drop a couple hundredths off a 60ft. Holley Dominator EFI and E85 for fuel.
The LS powered cars in Minnesota are a pretty close knit group of cars that all know each other. In 2014 I battled back and forth with Steven Kiehne and his 94 Firebird (the purple car at the track Saturday) with who could be the quickest LS in MN for the winter. He ended up going 8.71 to my 8.82. Bragging rights for him. That’s kind of what started it all. That involved a couple late season trips to Byron and we realized what a fun atmosphere it is there and how the owners treat their racers. In 2015…same deal…this time I battled a black 99 Trans Am owned by Ryan Hawkins ( I built it lol). Pulled it off with a 8.31 to his 8.55. Several lists were started on FB pages, MNstreetcars quickest and a page run by myself MN Quickest Street Cars. It has inspired some competition and mostly friendly racing. Several LS guys were dumping money into their stuff this year. 416-427LSX stuff with twin 76’s at 1400whp. I knew I’d need to turn it up a notch and made a goal to try to be the first to the 7’s. Do less with more. This year…another fourth Gen F-body owned by Josh Shones gave me a run (I put the turbo kit on this one). A few weeks ago he went 8.30 and then I countered with a 8.25 in Byron. We decided to give it hell last weekend and it worked. First to the 7’s with the help of Stacy being the one trackside with me to get me lined up, so it was a special day for us!” “We had NO clue what this was until we were able to talk to the owner and pop the hood. Turns out – it’s a production “car” called “Rally Fighter”, built by Local Motors out of Phoenix, AZ. It’s basically a sand rail with body panels! This one was especially badass, because it had a BLOWN LS3 power-plant! It may not have been the fastest car at the track..but it would have kicked anyones ass in the sand dunes!” 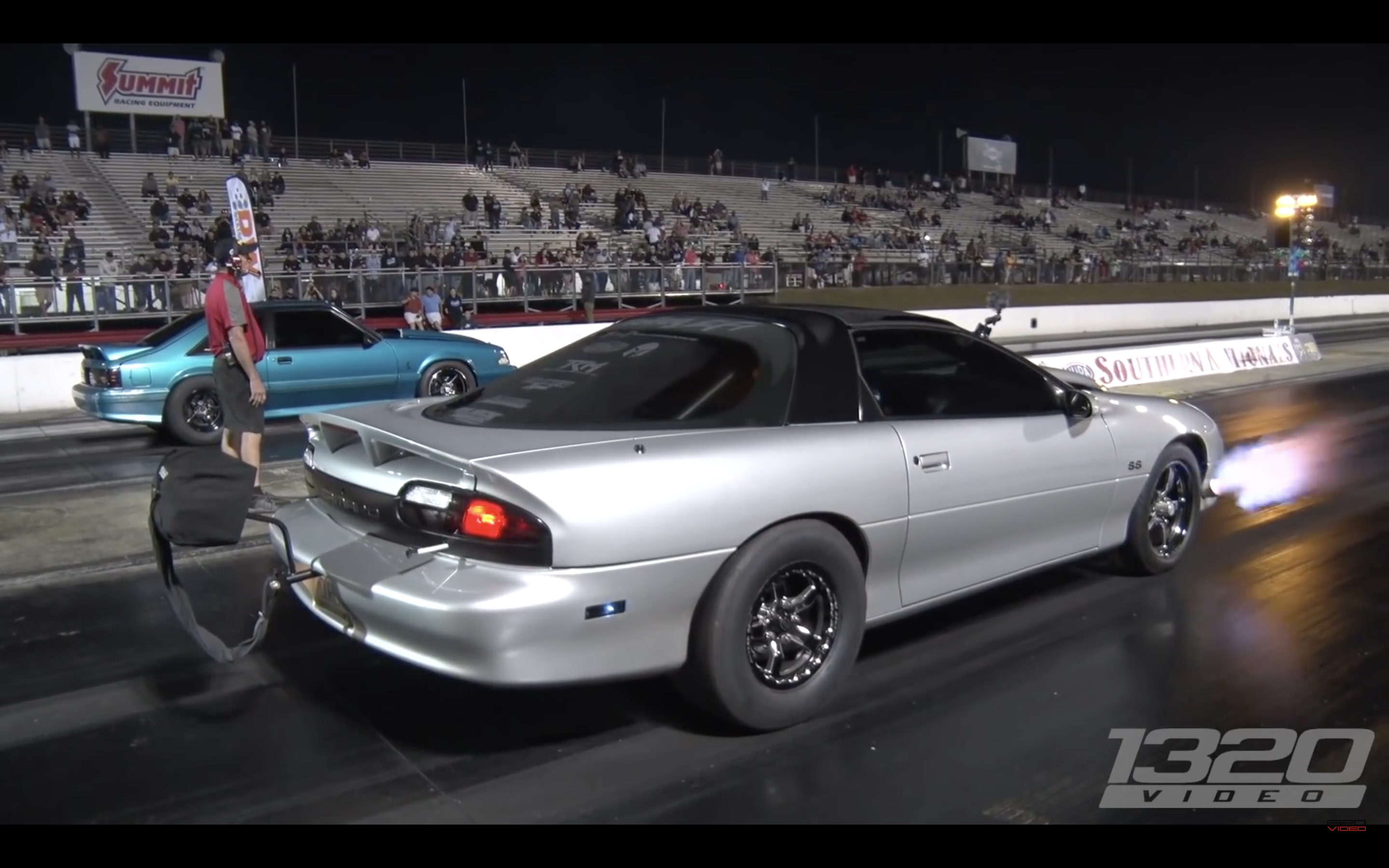 These two turbo Camaros form Moore HP came out to play in Atlanta! That was one nasty little DSM by the way…
“There is no better action than a pair of stick shift street cars battling it out down a drag strip if you ask us, and these two Camaro’s are no exception. This pair of silver arrows go by the team name “MOORE HP”, which certainly checks out! While they have relatively “cookie cutter” power plants, these two Camaro’s are both one of a kind beauties and we can’t get enough. Watching them pop, shift, and bang down the track is exhilarating and each pass leaves us wanting more! This stick shift chevy duo was our favorite pair from Streetcar Takeover Atlanta.”