Lets see how Team California stacked up against the field at Firebird!

“In this video we have Mike Bowman who drives a procharged Chevelle and represents Team California. Team California this year has made their presence known with the additions of Brandon James, James Strang, Eric K. and more. One of those members are Mike Bowman who drives this beautiful procharged Chevelle. The last time we saw Mike Bowman was in Season two when we went to the gateway dragway right outside St. Louis. Mike Bowman entered the big tire class and won that event that day. The car was twin turbo back then but recently made the switch to procharger due to the rules allowing a nice weight break with procharger setups. Bowman in the video took on some fast cars which include the legend Larry Larson and The mistress.

“In this video we have several members of the team california representing at the firebird raceway no prep event held in eagle, idaho. Some of the team was in the video which included the kaos corvette who held the number one points lead for a bit and lost recently. He didn’t have a good showing at idaho but it is hard to not count this orange corvette out. The kaos corvette can come out to any event and win that event. Next up is brandon james who drives a blown nova. Brandon James been up and down with this new car but looks to be doing better as he came to this event making big improvements in every run. We also have Guiseppe Gentile’s twin turbo mustang which he has gone to the finals of a no prep event before. Guiseppe is always a wild card in the group because his ability to win as the most important times. There many more group members we didnt include but are in other videos to watch for.”

“This video features a 707HP Chevrolet Corvette C7 Z06 tuned by BBM Motorsport and equipped with a very loud custom build Capristo exhaust with fully variable exhaust system, where you can open and close the valves! Under the hood you will find a Supercharged 6.2L aluminum V8 upgraded to 702HP! This Z06 is also equipped with aftermarket carbon parts and 19inch OZ Ultraleggera wheels! ” 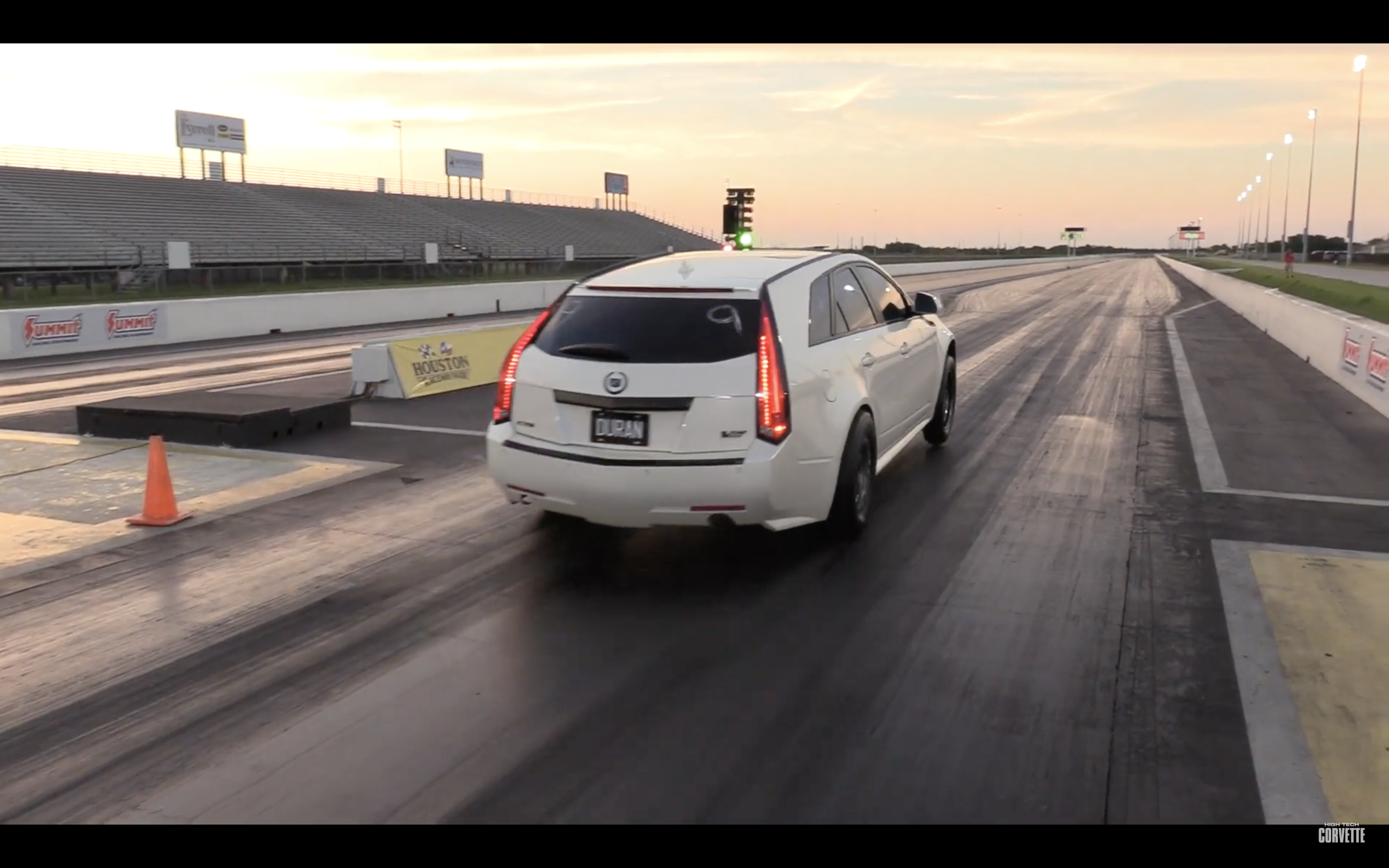 This Cadillac CTS-V wagon just reset the 1/4 mile record with this wicked pass!
“This is the quickest CTSV Wagon right now. We filmed this at the Quick 30 race in Houston, Texas. August 8, 2020.”