“In this video we have some small tire action from the the Firebird no prep event held in Eagle, Idaho. The small tire class was battling it out for over 7000+ in cash payouts. The small tire class had a cash days style event held the first night which we highlighted in a video under truck action from Firebird. The turbo s10 that won the first night had some trouble on the second day of racing. He didn’t too well but a nitrous camaro that showed up the next day was having a great day getting down the sketchy track. He took on another turbo s10 in the finals a great race. The Camaro had an advantage over the field being the only one who had no trouble making a to b passes. ” 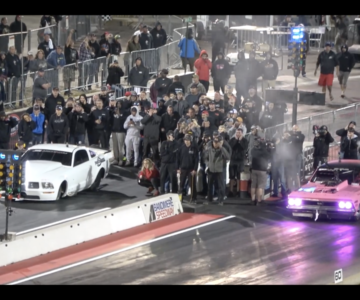 Disco Dean brought Stinky Pinky out to Bandimere to handle business! Watch as the blown Chevelle raises hell in the big tire class! 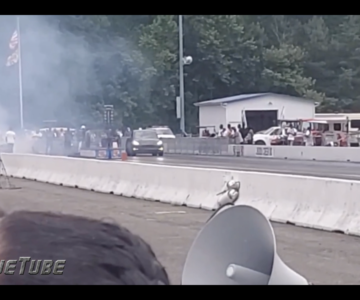